Questing's Musings is a column where I give my disorganised thoughts about gamemastering, timely topics happening in the gaming community and gaming in general. Part of my wish for this column is, at worst, for it to be a place for me to rant, rave or speak out my random thoughts, and ,at best, spark discussion and exploration of new discourses in gamemastering and gaming. Other than that, it is also most likely where I will put up posts that are not suited for any of the other columns on this blog. The posts here are mostly an unfiltered capture of my thoughts on the topic at hand and should be read as an opinionated soapbox, rather than one that tries to further any sort of agenda. As such, feel free to ignore this column if my personal thoughts on gaming does not interest you in the slightest. 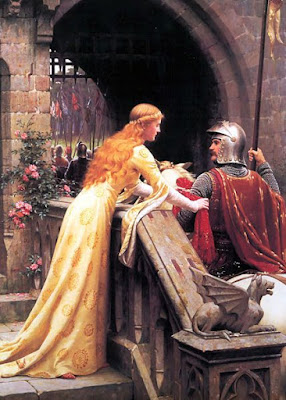 With the coming of the new year, resolutions are often the most appropriate thing to be talking about as we face the potential prospects of a fresh start. While I'm not the firmest believer of having any sort of resolutions (gaming or otherwise), I do like the idea of having a semblance of what to do in the coming year in terms of gaming. Rather than listing them out as resolutions and giving myself the unneeded pressures of sticking to them and completing them, I have gone the way of making them my gaming 'Quests' that I strive to complete as any good adventurer should.

I had ran through the Lost Mine of Phandelver twice since I bought it in 2015 and had taken a short break after my second run of it in 2016. The plan was to get back to running again shortly after that but then my life's routine took a turn and there were more important things to do than prepping and running games again. That's not to say that I haven't been gaming at all in the meantime (I was playing in 2 groups and had a weekly session of organised play), but it's about time that I get back on the saddle again for another rodeo. I am in the midst of re-prepping my notes Lost Mine of Phandelver, with some added personal mix to it for a more challenging experience, so it could be the start of my next campaign.

Then again, given my adult commitments and limited time, I have been entertaining the prospects of running regular one-shots for a regular group that is less straining than maintaining a long running campaign. I may delve a little deeper into why I think one-shots can be just as fun as a long term campaign (or even more so) in a future posts.

So those are my options at the moment, and I can't wait to start GMing again.

2016 was a great year for me as far as meeting new players in the city where I'm living in at the moment. The growing numbers of the RPG community in this part of Malaysia has seen some very encouraging signs of new players being interested in RPGs and helping to connect older players who may not have otherwise known each other over the years.

I've had the privilege of playing in new groups and look forward to meeting more players from the community, but my ultimate goal is to find or form that perfect gaming group that suits me. I have my own criteria of what I'm looking for in a gaming group and there is so much I want to do to test out some ideas. But it all has to begin with finding the right people to game with, who share my enthusiasm and wavelength about gaming to improve as a GM and a gamer.

This would probably be my hardest quest to complete this year, but this is what I want to do and I hope I will find that group by the end of 2017.

Since I have returned to gaming on a regular basis, I have been having new ideas and also revisiting some old projects of mine that I had worked on. Most of these projects are almost always daunting and time-consuming in nature, but they could have some long term benefits to my own gaming life and could benefit the community in some way.

The main trouble, of course, is having too much to do with too little time to complete it. Even by spending incremental amounts of time on each one would probably take too long to finish, so I have decided to select and focus on only one of these projects, in conjunction with my regular RPG-related works (this blog, running a campaign, and the other quests I'm planning) for the rest of 2017.

I may or may not reveal which project I will be working on eventually, but I will need to make a decision on what I want to do for the rest of the year. Hopefully by finishing just one of them this year will create some momentum for me to keep on doing more in the years to come.

With the proliferation of the Dungeon Masters Guild, I have started seeing it as an additional source of income to pay for my gaming habits. It's about time I learn to embrace the digital age of RPGs and accept the challenge of stepping up my game. This is probably my most ambitious quest to attempt in 2017. but hopefully it is the first step into becoming a game writer in the future.

As far as the number of attempted blog revivals I have done since I started this blog, this is probably the proudest achievement I've had so far in 2016; I'm finally able to return to a regular blogging schedule about my gaming life. To make things better, I am now able to share it with an audience much closer to home. Although according to my statistics, most of my readership is composed of those outside my home country (which I am very thankful for, for giving me reason to keep on blogging), but I have finally found a reason to share my gaming thoughts and revisit those that I have collected over year of absence on this blog.

I want to continue making a more consistent presence in the RPG blogging scene again. I already have seeds for new columns and content (including this new column) that would hopefully make this blog an enjoyable and helpful resource to GMs, players and gamers alike in enjoying RPGs.

Learn to change my gaming mindset

Gaming can easily be a personal thing. It is easy to identify what we like and dislike about certain gaming styles and stick to the ones we like for the rest of our gaming life. However with the growth spurt in my local gaming scene, I think it would be a disservice to only stick to one gaming style without even trying to explore what is out there and help grow a healthier community.

For this reason, I'm challenging myself to be more open to adapt and adopt new horizons of gaming, and hopefully by doing so will help me to be a better GM. Being open and receptive to various gaming styles of different players and GMs alike could change how I have always thought about gaming all these years. It's not going to be easy, but I think it's worth for growing to be a better GM.

Try a new game every month

Even after years of being a gamer, I can safely say that D&D and its iterations have predominantly been the game that I have played and run, and loved (and hated). But the truth is, there is a whole world of different RPGs out there and I want to finally spread my wings to go and find them and run a game with them. I don't see any of these games replacing D&D as my go-to system any time soon, but I certainly would need the exposure to improve my understandings of game design and my work.

If things go well in this department, it could be the basis for another column on this blog.

These are all the quest I'm setting myself on to complete and frankly, some of them are overly ambitious to be done within a year. I don't think I can really accomplish them all, but the experience points for completing some of them could help. Still, hopefully this would be a reminder for me as the year goes by, and I could start a new column for tracing my progress if you are interested in following them.

So what are your own gaming quests for 2017?